It also houses the Well Baby Nursery and Neonatal Intensive Care Unit coupled with Labor and Delivery Services. Most pediatric subspecialty clinics are located in the Health Pavilion, attached to Women's & Children's Hospital.

In addition to Women's and Children's Hospital, Med-Peds residents will spend time at two other facilities:

University Hospital offers the only Level I trauma center and helicopter service in central Missouri. Physicians throughout the state refer many of their most complicated cases to our flagship hospital. The 247-bed hospital specializes in treating the most severe illnesses and injuries. Its seven-story Critical Care Tower provides the latest in medical technology for critically ill or injured patients.

Truman VA, across the street from University Hospital, serves 43 counties in Missouri as well as Pike County, Illinois, and is one of seven medical center facilities in the VA Heartland Network. 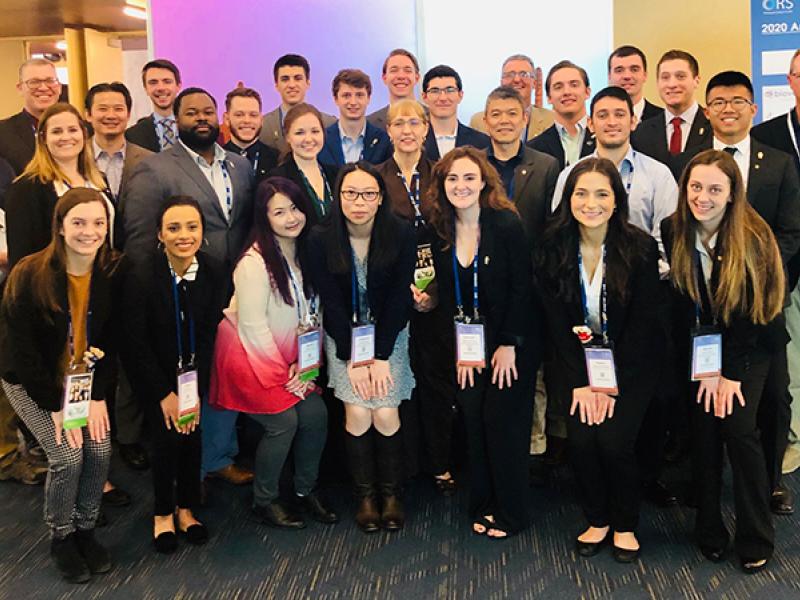 Mizzou Orthopaedics Stands Out at Premier Orthopaedic Conference With 61 Presentations