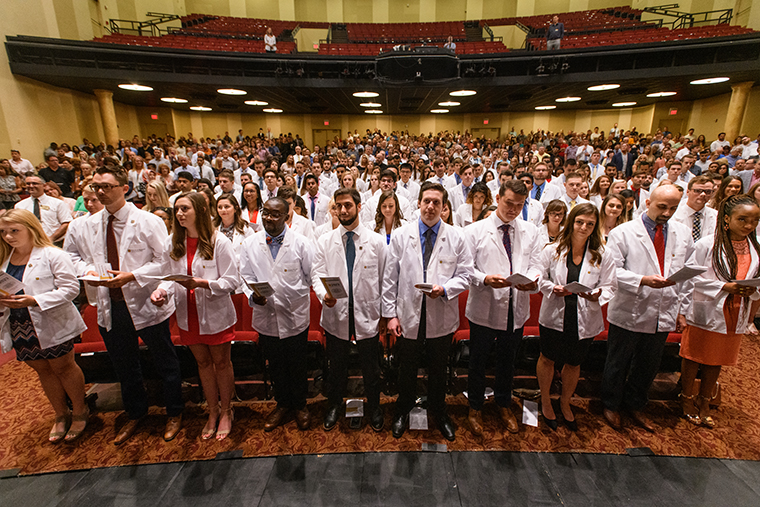 “The white coat signifies a covenant to knowledge, skills, mutual respect and humanity,” said Steven Zweig, MD, dean of the MU School of Medicine. “It’s a symbol that is universally recognized and carries with it a commitment to patient-centered care and clinical excellence.”

The class of 2023 consists of 112 students. Of this class, 34 percent of students self-identified as an ethnic minority. This includes students who are Asian, black, Latino, American Indian or Pacific Islander.

A goal of medical schools across the nation is to increase enrollment of traditionally underrepresented students, and 17 percent of students in the MU class of 2023 self-identified as underrepresented minorities.

At the ceremony, the students were presented with their first white coats, the most common symbol of the medical profession for more than a century, in front of hundreds of their family members and friends. The annual event encourages new medical students to begin their education by upholding the highest values and standards of their profession. 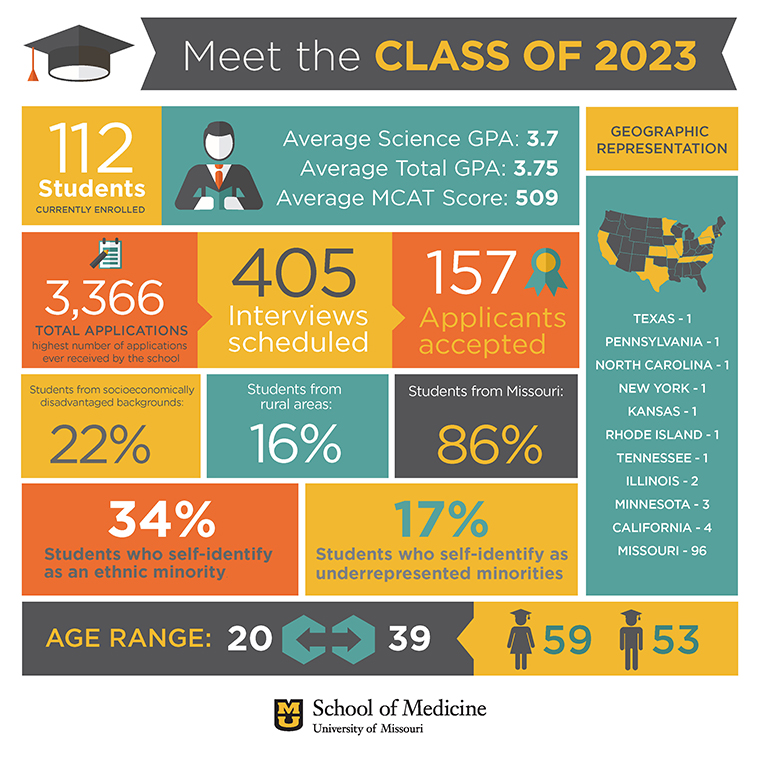 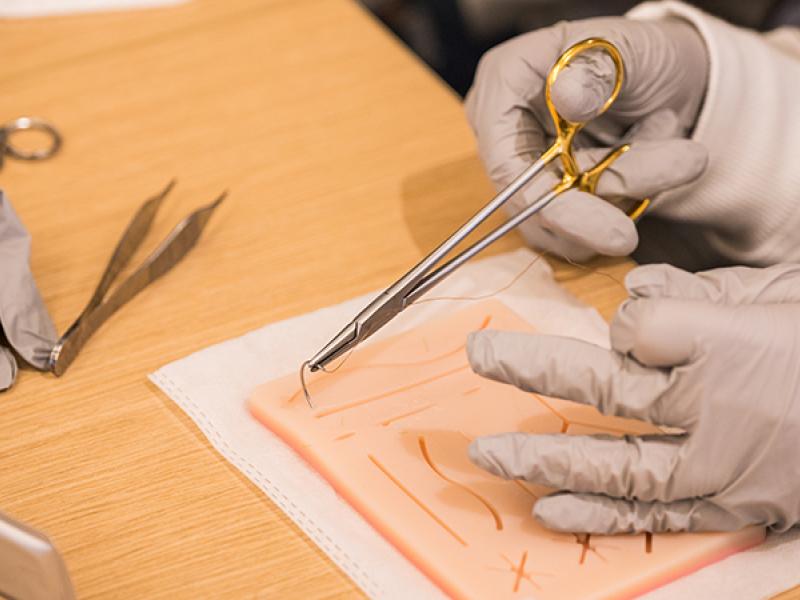 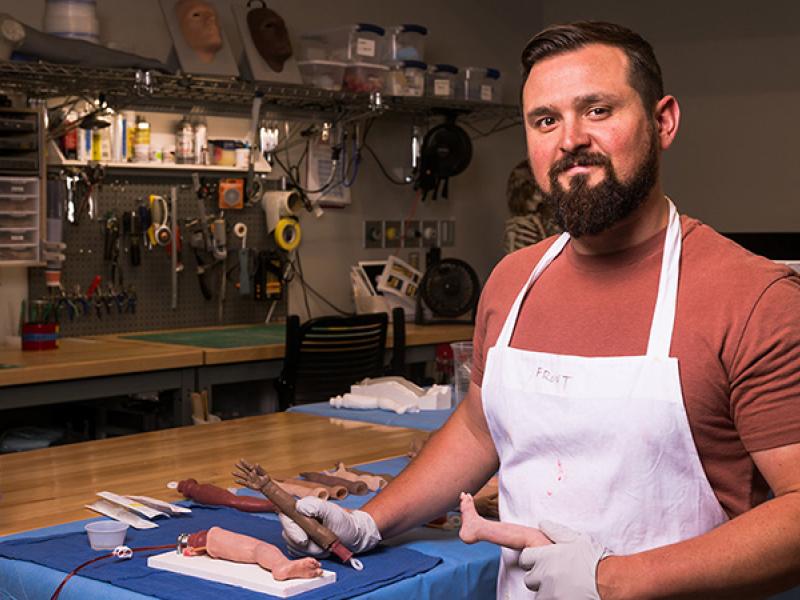 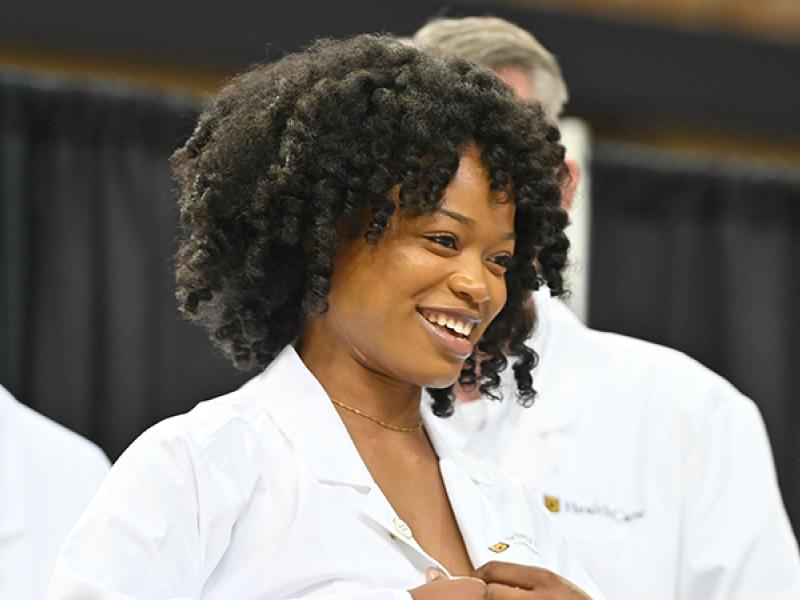 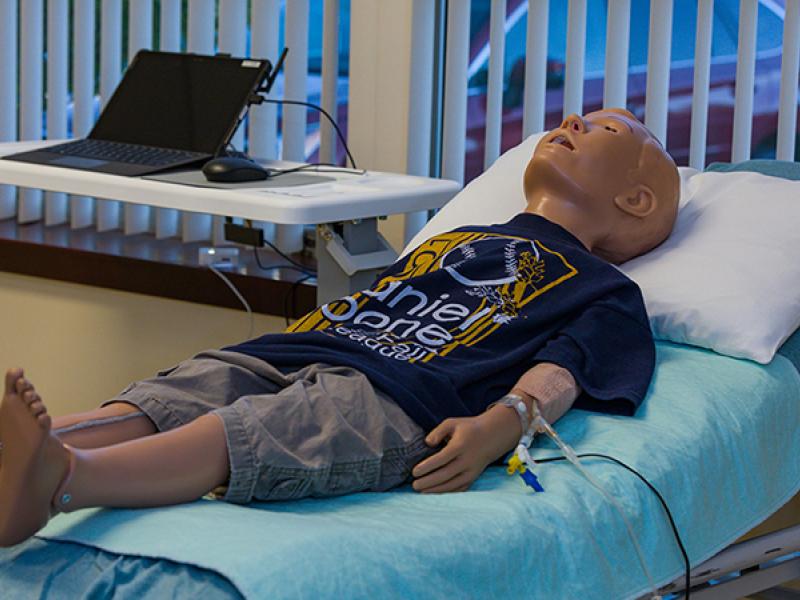