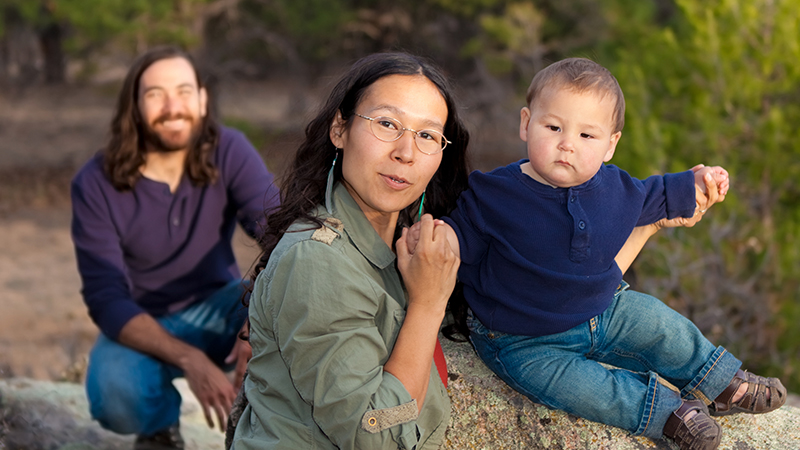 Native American youth in the U.S. experience higher rates of depression, anxiety, post-traumatic stress disorder (PTSD), obesity, diabetes and cardiovascular disease compared to their non-Indigenous counterparts. But a research team led by an Indigenous faculty member from the University of Missouri School of Medicine found Cherokee youth who participated in an educational program designed to connect them to their history, language and culture experienced statistically significant benefits to their health and well-being.

The Remember the Removal program started in 1984 to teach Cherokee youth the tribe’s culture, history, language and values. It ends in a 1,000-mile bicycle ride across the route where their ancestors were forcibly removed by the U.S. government in the 1830s.

“Focus group results from the program showed participants felt more confident, knowledgeable, healthy and more involved in their tribal community,” said principal investigator Melissa Lewis, PhD, assistant professor of family and community medicine. “The purpose of this project was to assess the health effects of the program by collecting meaningful quantitative data.”

Lewis and her team collected data from a total of 30 Remember the Removal participants in two separate cohorts. They filled out surveys before they started the program in January, after the training period before the ride in May, immediately after the ride in June and six months after the program ended in December. The survey questions were designed to measure physical health, mental health and social/cultural health.

Participants reported lower levels of stress, anger, anxiety, PTSD, microaggression and depression, and increased positive mental health at completion compared to baseline. They also reported significantly higher levels of Cherokee identity. The program also led to improvements in healthy eating habits. However, physical behaviors that improved during the training period did not carry over to the six-month follow-up.

“This study adds to the body of research that supports culture as a critical component of positive health and well-being in Indigenous communities,” Lewis said. “This evidence shows it is time to elevate Indigenous knowledge and principles of health and well-being into health care delivery.”
In addition to Lewis, co-authors include Jamie Smith, analyst, MU Department of Family and Community Medicine; Remember the Removal program alumni and Cherokee Nation citizens Sky Wildcat and Amber Anderson; and Melissa Walls, PhD, Johns Hopkins University.

Their study, “The Health Effects of a Cherokee Grounded Culture and Leadership Program,” was recently published in the International Journal of Environmental Research and Public Health. Support for this study was provided by the National Heart, Lung and Blood Institute of the National Institutes of Health. The authors of the study declare that they have no conflicts of interest related to this study and the content does not necessarily represent the official views of the funding agencies.