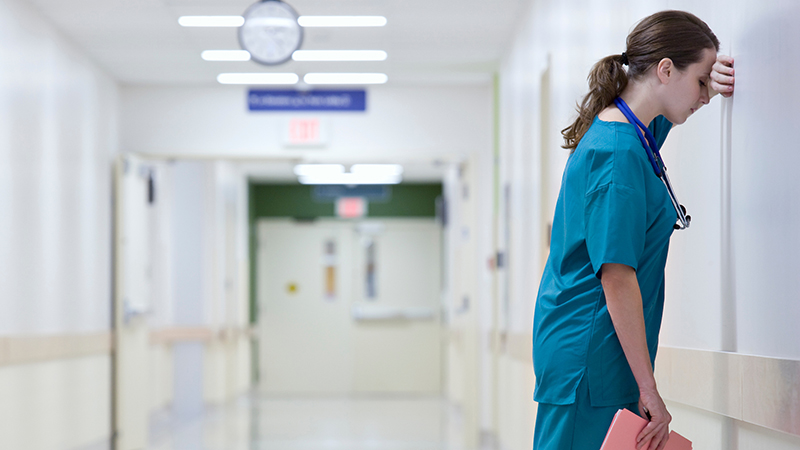 Doctors who are sleep deprived have less empathy for patient pain and that perception affects their prescribing habits, according to a new international study from the University of Missouri School of Medicine and researchers in Israel.

The study tested 31 resident physicians in Israel who were just starting their day and 36 just wrapping up a 26-hour shift. They read through a clinical scenario describing a female patient with a headache and another scenario describing a male patient with a backache. The physicians then answered questions about the magnitude of patients’ pain and reported their likelihood to prescribe pain medications. The doctors wrapping up their shifts registered significantly less empathy for the patients than those just starting.

“Pain management is a major challenge, and a doctor’s perception of a patient’s subjective pain is susceptible to bias,” said co-author David Gozal, MD, the Marie M. and Harry L. Smith Endowed Chair of Child Health at the MU School of Medicine. “This study demonstrated that night shift work is an important and previously unrecognized source of bias in pain management, likely stemming from impaired perception of pain.”

To verify their findings, the researchers analyzed more than 13,000 electronic medical record (EMR) discharge notes involving patients arriving with pain complaints at hospitals in Israel and the U.S. The study found the physicians’ propensity to prescribe analgesics to patients presenting with severe pain during the night shift was 11% lower in Israel and 9% lower in the U.S.

“The fact that the divergence of analgesic prescription from the general World Health Organization guidelines is greater during night shifts suggests that there is indeed an under-prescription during night shifts, rather than an over-prescription during daytime,” Gozal said. “These results highlight the need to address this bias by developing and implementing more structured pain management guidelines and by educating physicians about this bias.”

Gozal said it is also important to consider whether hospitals should make changes to resident physician work schedules to avoid empathy or decision fatigue.

Their study, “Physicians Prescribe Fewer Analgesics During Nightshifts Than Dayshifts,” was recently published in the journal Proceedings of the National Academy of Sciences of the United States of America.

The authors disclose no conflicts of interest.