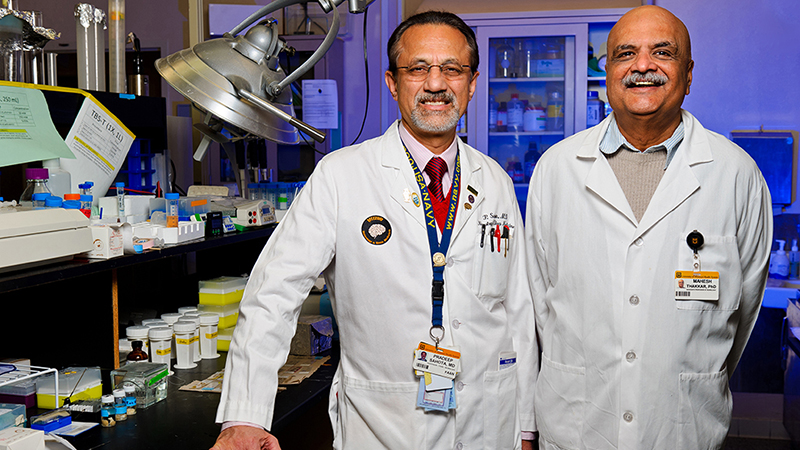 One in six U.S. adults binge drinks at least four times a month, according to the Centers for Disease Control and Prevention. Previous studies have linked binge drinking to sleep disruption. Now, new findings from the University of Missouri School of Medicine explain how a single episode of binge drinking can affect the gene that regulates sleep, leading to sleep disruption in mice. The finding may shed light on how sleep problems can contribute to alcoholism in humans.

“Sleep is a serious problem for alcoholics,” said Mahesh Thakkar, PhD, professor and director of research in the MU School of Medicine’s Department of Neurology and lead author of the study. “If you binge drink, the second day you will feel sleep deprived and will need to drink even more alcohol to go to sleep. It is a dangerous cycle. How can we stop this cycle or prevent it before it begins? To answer that question, we need to understand the mechanisms involved.”

“What we have shown in this research is that a particular gene — which is very important for sleep homeostasis — is altered by just one session of binge drinking,” Thakkar said. “We were not expecting this. We thought it would be affected after multiple sessions of binge drinking, not one. That tells you that as soon as you consume four drinks, it can alter your genes.”

In addition to Thakkar, the study authors include Pradeep K. Sahota, MD, chair of neurology at the MU School of Medicine; and Rishi Sharma, PhD, assistant research professor of neurology at the MU School of Medicine. Their study, “Binge Drinking Disrupts Sleep Homeostasis,” was recently published by the Journal of Neurochemistry. Research reported in this publication was supported by the Harry S. Truman Memorial Veterans’ Hospital and the Department of Veterans Affairs Merit Research Award number I01BX002661. The authors of the study declare that they have no conflicts of interest. The content is solely the responsibility of the authors and does not necessarily represent the official views of the funding agencies.