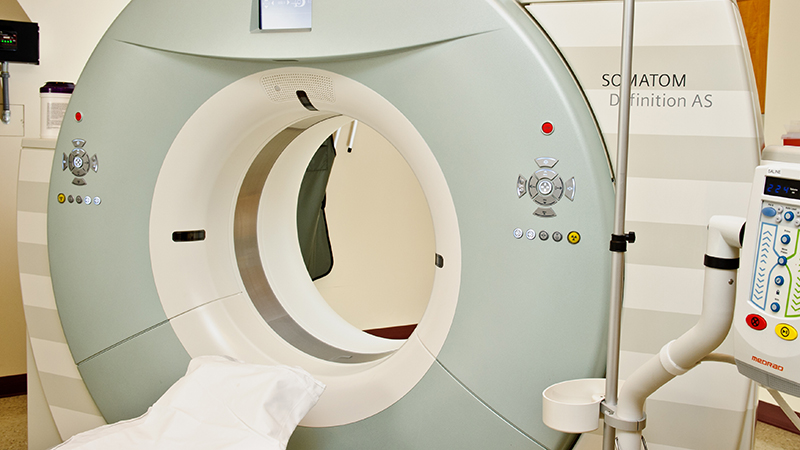 State-of-the-art lab may help determine whether biologic treatment will work for individual patients.

Robert Thomen, PhD, an assistant professor of radiology at the University of Missouri School of Medicine, recently received a nearly $2 million grant from the National Institutes of Health to study a test that may predict whether a patient will respond to an innovative asthma treatment.

The treatment involves biologics — medicines made from proteins or antibodies that can regulate a patient’s malfunctioning immune system. Biologics are an example of precision medicine, an approach to health care in which treatments are crafted for individual patients rather than using a one-size-fits-all approach.

“The standard of care for asthma has always involved trying a medication and progressing to the next treatment if it doesn’t work. That’s the opposite of precision medicine,” Thomen said. “However, new biologics, which are tailored to a patient’s specific biomarkers gene expression, offer a major step forward for treating the rare, severe, refractory asthma caused by inflammation. The problem is they are expensive, and they take a long time to show whether they work.”

Research indicates biologic treatments work for fewer than 80% of patients. The decision to continue biologic therapy is made after 12 weeks and is determined by imprecise measures and basic pulmonary function tests. Thomen believes he can determine whether a biologic treatment is working much earlier by observing a patient inhaling xenon gas through state-of-the-art hyperpolarized MRI technology.

“This technique is the most sensitive way to measure lung function and will provide a roadmap to help us visualize where lungs may be impaired,” Thomen said. “We think we can predict patient response to biologic therapy eight weeks earlier than traditional testing, which may improve outcomes and substantially reduce costs.”

The MU School of Medicine is one of only 15 sites in North America using hyperpolarized MRI technology. Traditional MRI scans aren’t very effective for measuring lung function, because lungs are mostly filled with colorless air. When inhaled, xenon gas is visible on an MRI scan.

“This technology allows us to look at different mechanisms of asthma, including airway constriction and inflammation,” Thomen said. “We can see where the defects are in the lungs, use an inhaler designed to open up airways, then conduct a second screening to determine improvement. If the inhaler isn’t effective in certain areas of the lung, the asthma may be related to inflammation, and a biologic treatment may be more beneficial.”

The RO1 grant investigating the use of hyperpolarized MRI to detect and predict biologic success in asthma is a five-year, $1.9 million award that runs through April 2025 and will involve asthma patients from across Missouri.