No Results
View All Pages
Family and Community Medicine

William Allen, MD, joined our faculty in 1965 and for years, he directed the rural preceptorship. During his 25 years at MU, Dr. Allen witnessed state funding steadily decrease. Recognizing that this support was vital to our department and would need to be replaced, Dr. Allen initiated a fundraising campaign in 1990. When donations reached professorship level in 1998, we named this endowment the William C. Allen, MD, Professorship in recognition of Dr. Allen’s commitment to our department and to family medicine education. Even though Dr. Allen passed away in 2005, the Allen Professorship has continued to grow. When the William Allen Endowment reached $1.1 million in 2010, we were able to establish a second William Allen Professor.

Scott Roos, MD, a 2006 MU Family Medicine graduate, and his wife, Janet Hendrickson, PhD, established this endowment in 2017 to provide support for resident education and research at MU Family Medicine. Dr. Roos, a family physician who practices outpatient medicine for BJC Medical Group in Lake St. Louis, and his wife, Jan, an attorney who practices in St. Louis, live in O’Fallon.

Sherwood Baker, MD, served as the first director of MU’s residency program in general practice during the early ‘60s, and in 1969, he initiated the campaign to establish a family practice residency. By 1973, our residency program had earned ABFP accreditation and enrolled its first class of residents, thanks largely to Sherwood’s leadership, hard work and persistent efforts. The A. Sherwood Baker, MD, Resident Education Endowment was created in 2013 to promote excellence in residency training. Residents chosen for this award will demonstrate outstanding commitment to family medicine education, scholarship or service.

Donate to the A. Sherwood Baker, MD, Resident Education Endowment

Robert (Robin) L. Blake Jr, MD, was recruited in 1978 to care for patients, train residents and help develop our academic fellowship program. This two-year program, designed to prepare physicians for careers in academic medicine, has promoted scholarship and research in the department for 35+ years. Dr. Blake was an exemplary physician, teacher and scholar who touched the lives of many during his career. The Robert Blake, MD, Endowment has funded our department’s efforts to develop a fully online master’s degree program for physicians who want to teach. This degree in academic medicine (MS) provides learners the fundamental knowledge and skills for future academic careers.

The Jack M. Colwill, MD, Academic Endowment was created in 2000 to support the mission of MU Family Medicine. We named it to honor Dr. Colwill, who was appointed chair of MU Family and Community Medicine in 1976. Dr. Colwill led our department for 21 years, and today, thanks in large part to his vision and leadership, we are recognized as one of our country's premier family medicine departments. Even though he stepped down as chair in 1997, Dr. Colwill’s ongoing contributions continue to have a positive impact on our department. In fact, it’s Dr. Colwill who pledged the first and largest gift to the Colwill Endowment. By 2005, donations to the fund totaled more than $1.1 million, enough to establish the first endowed chair, which we named the Jack M. and Winifred S. Colwill Endowed Chair. Ongoing donations to this fund enabled us to create a second endowment, the Jack M. and Winifred S. Colwill Endowment Professor, in 2017.

Donate to the Jack and Winifred Colwill Endowment

MU Family and Community Medicine is committed to building a better future for our specialty. This is a challenging commitment that requires us to develop innovative ways to teach students, provide comprehensive, patient-centered care to individuals and families, and gain knowledge from practice-based research. In 2006, we created the Future of Family Medicine Endowment to sustain our efforts to renew and transform the discipline of family medicine. Our goal was to establish permanent funding for the time and energy needed to develop a new and improved model of care. When this endowment reached $550,000 in 2010, we were able to establish the Future of Family Medicine Professor.

Donate to the Future of Family Medicine Professor

The mission of our Family Medicine Residency Program is to train capable, compassionate family physicians who are inspirational leaders in our state, across the nation, and around the world. To that end, we established an endowed fund dedicated to support residency training. Since 2014, money from this fund has provided partial support to medical mission trips taken by family medicine residents. Global health training experiences equip residents with the appropriate knowledge, skills and attitudes needed to deliver health care to diverse populations.

Roger Hofmeister, MD, was recruited to MU in 1970 to help develop a family medicine residency program. After the residency was established, Dr. Hofmeister’s efforts focused on expanding primary care to rural parts of the state. Under his leadership, we established two clinics. The first, opened in 1975, was located in Fulton, and five years later, we opened our Fayette clinic. His work as medical director of both clinics was key to their early growth and success. The Roger W. Hofmeister, MD, Resident Education Endowment was established in 2013 to promote excellence in residency training. Residents chosen for these awards will demonstrate outstanding commitment to family medicine education, scholarship or service.

David Oliver, PhD, who joined MU in 1996, served many roles in our health care system, including HMI professor, nursing home administrator, and director for care quality and other initiatives to improve care for older people. His last career was a teacher of the living and dying process, which he began after being diagnosed with Stage 4 nasopharyngeal cancer in 2011 and continued until his death in 2015. David and his wife, Debra Parker-Oliver PhD, a nationally recognized researcher in hospice and palliative, developed videos, a book, and presentations designed to turn their experiences with David’s cancer into teachable moments. For three years, learners; health care providers; and patients, families and caregivers across the world were inspired by David Oliver’s cancer journey. The David Oliver Family and Community Medicine Faculty Award was established in 2013, with donations from David’s wife and their children. Recipients of this annual award must demonstrate excellence in geriatrics and/or palliative medicine.

Donate to the to the David B. Oliver FCM Faculty Award

Gerald T. Perkoff, MD, was an exceptional teacher and mentor whose passion for research and critical thinking nurtured the careers of our early fellowship graduates. He had many successes at MU, but more than anything else, as father of our fellowship program, Dr. Perkoff was responsible for developing the academic side of our department. The Gerald Perkoff, MD, Endowment funds an annual lectureship at MU. Guest lecturers represent Dr. Perkoff’s values of innovation, scholarship, ethical decision making and creativity.

Paul Revare, MD, (1928-2011) graduated from MU’s School of Medicine in 1952, when it was a two-year program, and then finished his degree at St. Louis University. He practiced family medicine 20 years in Kansas City. He also practiced emergency medicine 10 years before retiring in 1983 at age 55. Before his retirement, Dr. Revare taught himself how to invest his money wisely. Eager to share his investment knowledge and advice, he presented an Investment Seminar to MU Family Medicine faculty and residents from 2004-07. Grateful to MU for the many ways it impacted his life and career, Dr. Revare made a $550,000 donation to establish the Paul Revare Family Professor of Family Medicine in 2006. This endowment funds family medicine training and scholarship.

Sylvia Wittels, MD, (MU Family Medicine: 1985) and her husband, Joseph Alcorn, MD, (MU Internal Medicine: 1985) are retired and live on a farm outside of Bernalillo, NM. In 2019, they established an endowed fund to provide support for wellness programs for MU Family Medicine Residents. This fund was named to honor the legacy of Dr. Wittels’ father, Theodore S. Wittels, MD.

A family physician until his death at age 61, Theodore Wittels was a first-generation American who overcame many obstacles both to become a physician and to balance his personal and professional lives. He had the traditional practice of a GP, caring for a wide variety of health problems. Dr. Wittels accepted whatever a patient could afford to pay for his care. Even in the 1950s, Dr. Wittels believed in the basic right of all to medical care.

The Theodore S. Wittels, MD, Memorial Fund will promote wellness for family medicine residents. With funding from this endowment, we will be able to provide activities and resources that encourage healthy work/life balance for residents and develop programs that address their overall well-being throughout their residency training.

Make an online donation to MU Family and Community Medicine 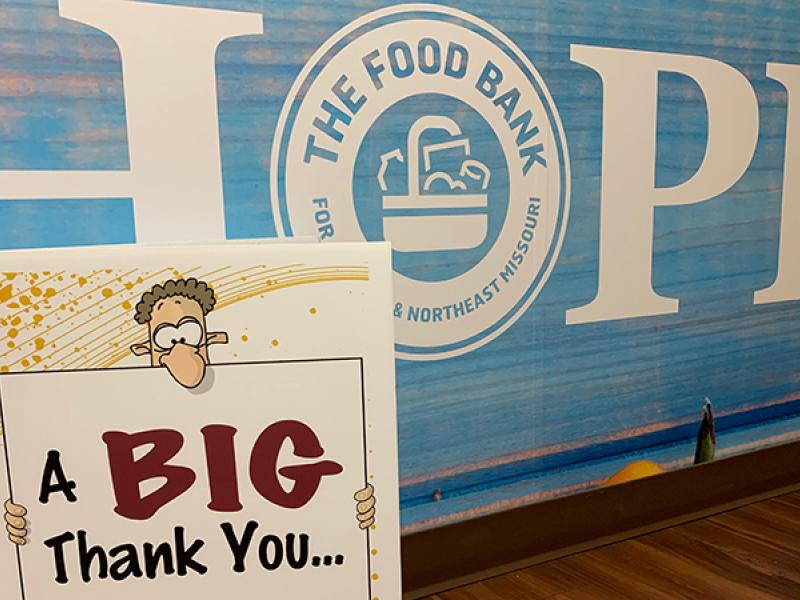 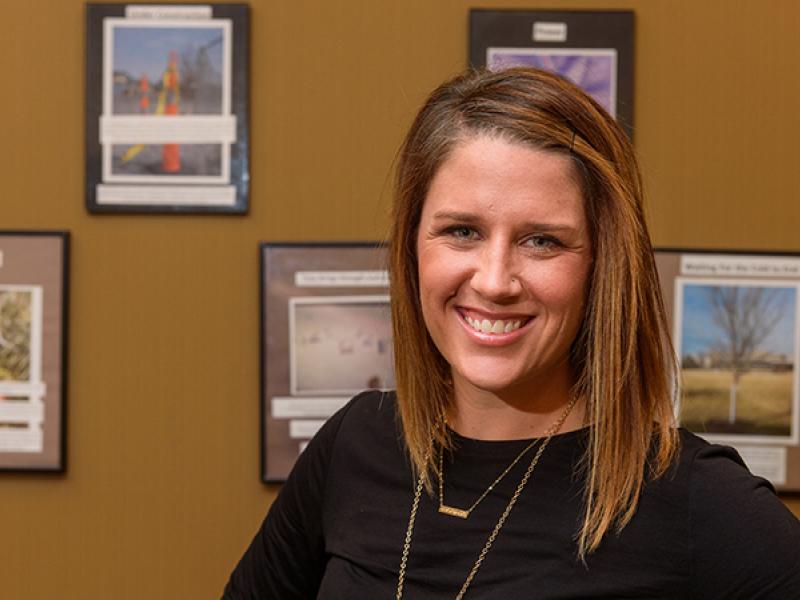 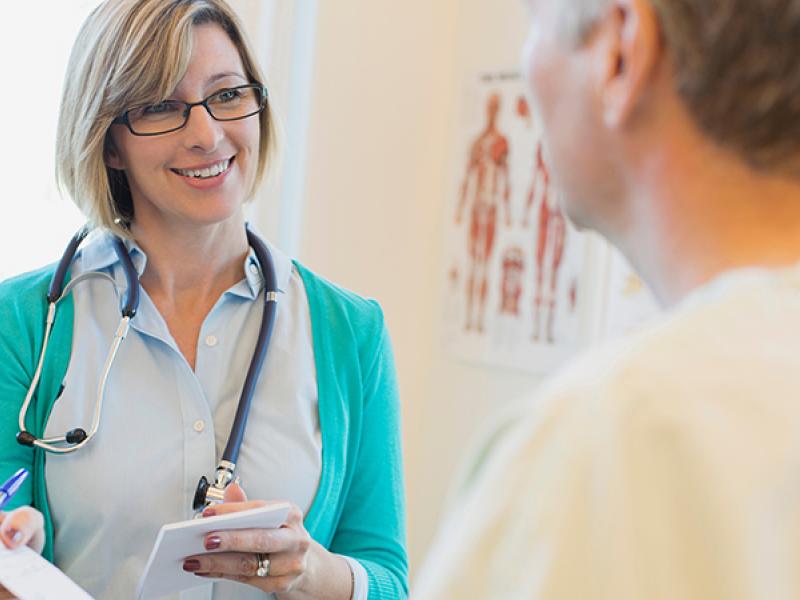